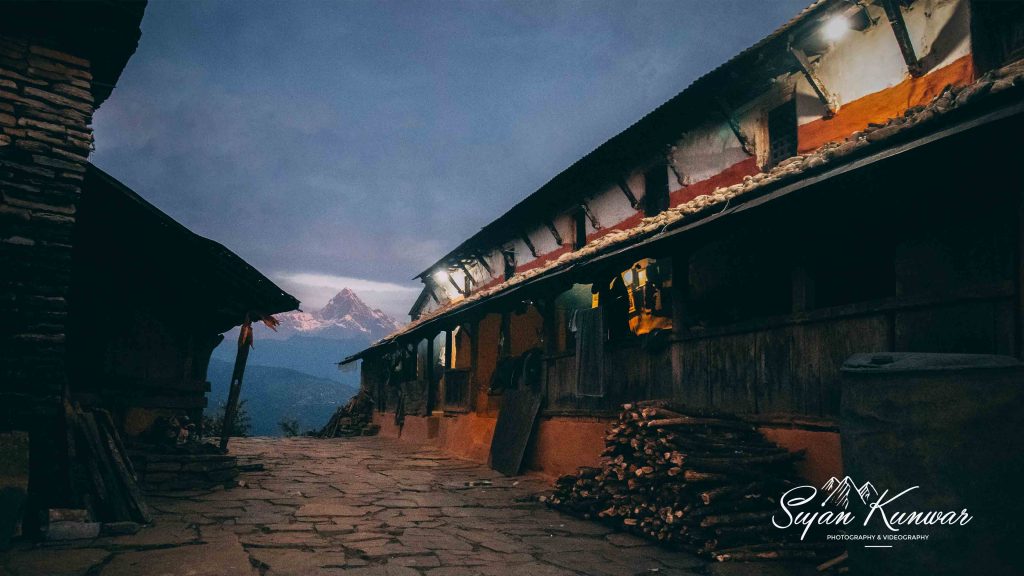 Early Morning view to the mountain

it was a cold winter day, we were in a village near Pokhara for a Documentary shoot. People say that there was an Old Royal Palace near the village. It would take them around 2 hours to walk.. they said. We woke up early morning so that we could come back by late morning for the shoot.

So the Journey started, we woke up early morning to be there, but it took us a lot more than it should have been.

The picture is taken on the way when the locals were just waking up. And the run was rising, and we could almost see the first light on the mountain.

There are no reviews yet.